The Lessons Learned From Common Core and Bill Gates

The Common Core standards were, on the surface, a very simple concept. They laid out what student should learn by the completion of each grade level. However, as it tends to happen in Education, the concept became politicized, making it no longer a tool, but a weapon that pitted right against left, states against educators and citizens against politicians. 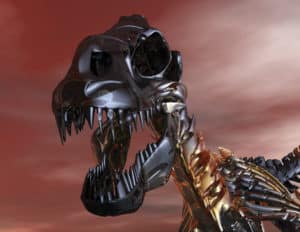 However, the adoption of Common Core standards led to a lot of opportunity for small, nimble EdTech companies. Like a lot of education initiatives, government entities, be it at the federal, state or district level, found way to mandate or bribe educators into adopting the standards, and that meant solving the real practical issue of implementation and measurement of compliance. In a roundabout way, Common Core standards, in conjunction with the Race To The Top initiative, led to a need for easier and more robust methods of conducting teacher evaluations.

I was involved with the award of a handful of statewide contracts for the technical side teacher evaluation services. They were generally five-year contracts, and they were clearly funded by some combination of Race To The Top and Gates Foundation money.

Fast forward to this year. Race To The Top money has dried up. And Bill Gates recently announced that his foundation was going to pivot in the way they spend their money on education. As he said in a recent speech, “First, although we will no longer invest directly in new initiatives based on teacher evaluations and ratings, we will continue to gather data on the impact of these systems and encourage the use of these systems to improve instruction at the local level.”

There is a lesson to be learned here, especially for EdTech leaders who are new to the education space. That lesson is that five years is not a very long time. That lesson is that you can’t hitch your wagon to an EdTech solution based on policy, then sit on your laurels while the money flows in. If you do, you run the very real risk of becoming a dinosaur.

If you win a contract like this, you need to spend five years improving your platform, providing top-rate customer service, and making sure your service is the best that it can be. But from day one, you need to start planning for what your company is going to look like in five years and one day after signing the contract. You need to base your company’s R&D and technology development outside of the scope of the services you’re already delivering. Keep an eye on the market, keep an eye on the political climate. For every Common Core and Race To The Top, there is a No Child Left Behind that has long since been forgotten.

Don’t be Blockbuster while Netflix is emerging on the scene. Don’t be the company that continues making phone booths while the world embraces cell phones.